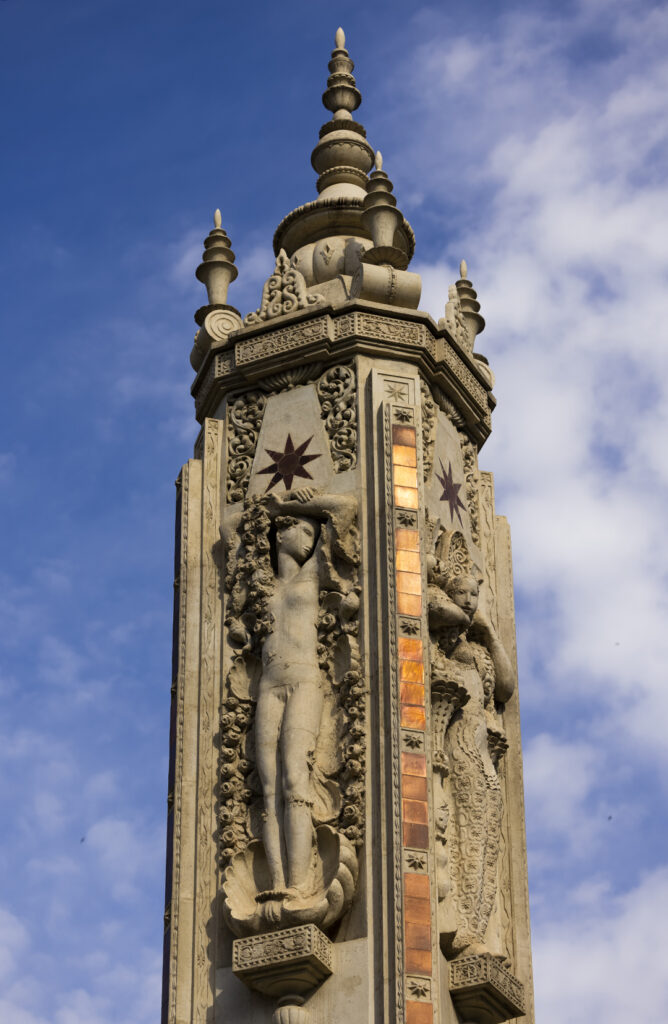 Daniel Bañuls Martínez (1905 – 1947) was een artist from Alicante, famous of his drawings and sculptures. “Fuente de Levante” at la Plaza de los Luceros was finished in 1930. 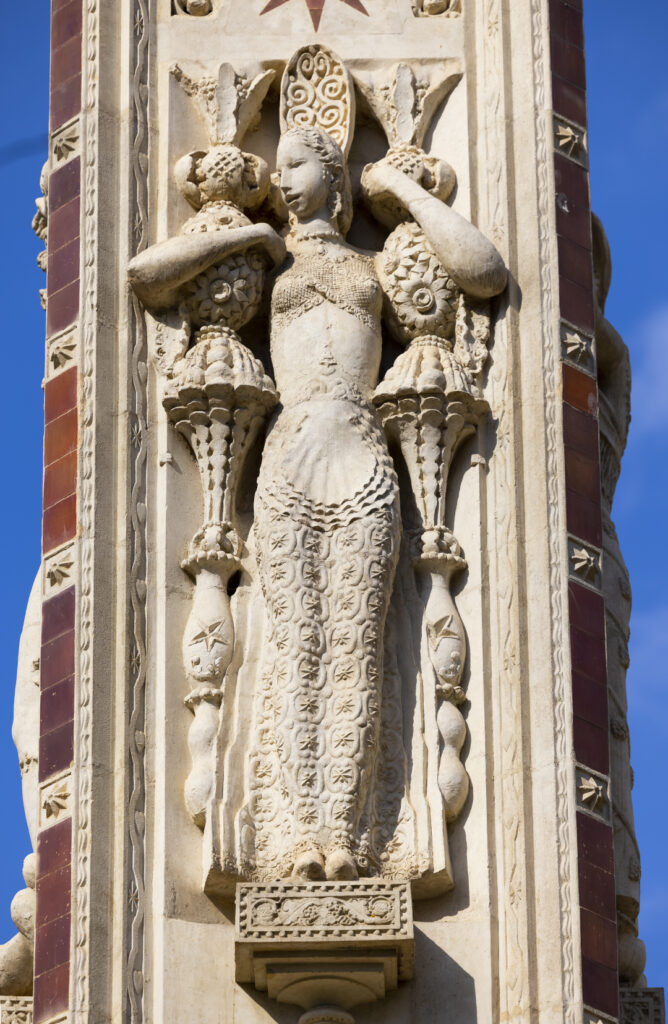 The fountain is a sculptural set of artificial stone that contains bas-reliefs of oriental female figures and is surrounded by four identical sculptures made up of horses with their riders. The style is late modernism and art-deco. 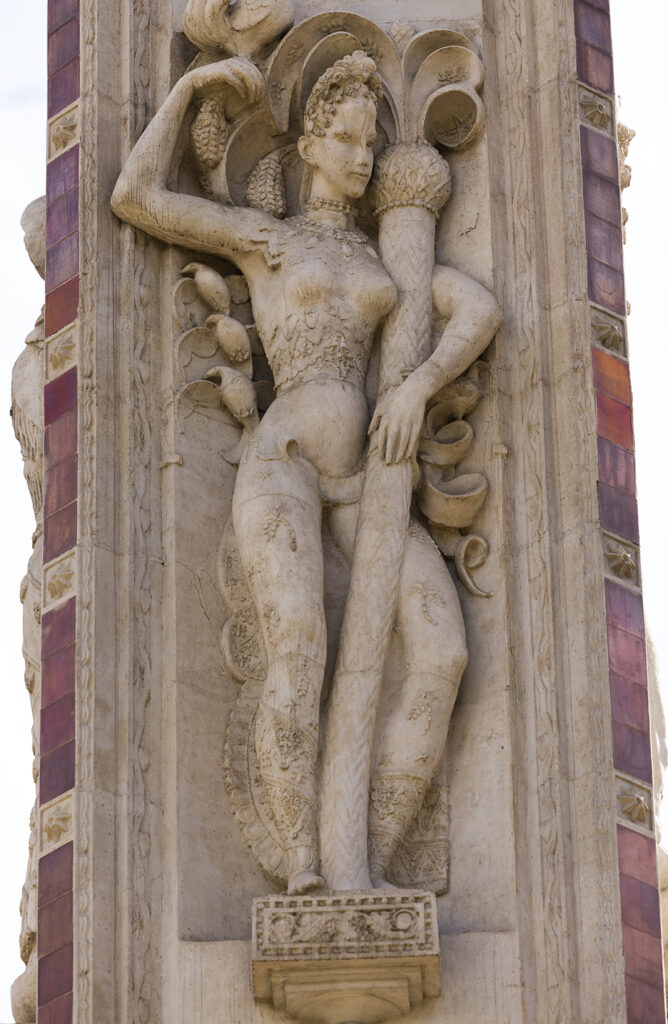 From a very young age, Daniel Bañuls Martínez already showed his artistry. At just five years old, he drew to perfection and sculpted in the studio of his father.

Every morning, before going to work, he would meet his friend Emilio Varela in a cafeteria on the Esplanade of Spain, from where they admired the palm trees and the sea. Daniel said that this view of Alicante relaxed him and helped him before starting work.

The monument “Fuente de Levante” was erected in 1930, when Daniel Bañuls was only 25 years old.
Daniel died in his private home on August 20, 1947 when he was only 42 years old, precisely at the time when he was preparing an exhibition for Madrid. He was considered by critics as the best contemporary sculptor.