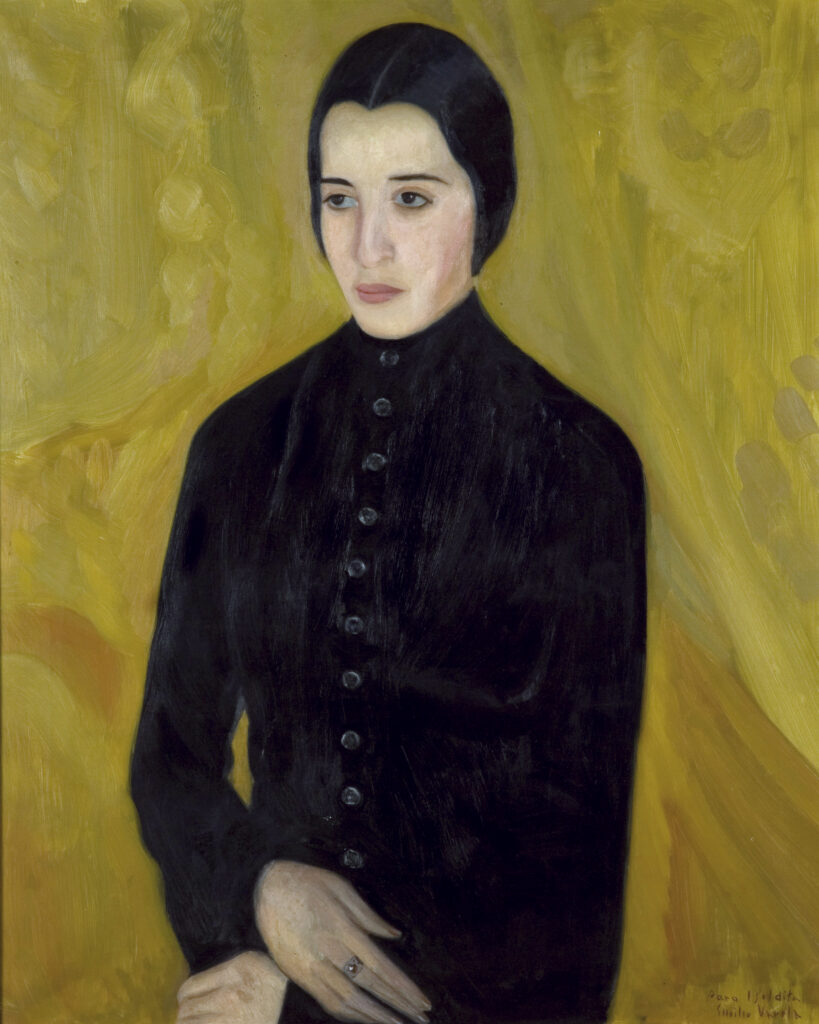 Isolda Esplá is the half sister of composer oscar Esplá, a good friend of painter Emilio Varela Isabel.

Emilio Varela Isabel (1887-1951) lived and died in the same house in Alicante´s San Francisco neighborhood, where he was born. He learned drawing and painting, passing through the studios and workshops of artists based in Alicante, such as Lorenzo Casanova from Alcoy, or those of Pericás and Parrilla.

He completed his in Madrid, where he spent three years as a student of Joaquín Sorolla, who put him in contact with the techniques of pictorial representation of light.

He moved back to Alicante and his circle of friends included Eduardo Irles, Rafael Tormo and writer Gabriel Miró. In 1918 he exhibited, in the Salón del Círculo de Bellas Artes in Alicante. During this period he had an artistic relationship with the painters Benjamín Palencia and Daniel Vázquez Díaz, who brought him closer to the artistic panorama of Paris. His interest in seeing Parisian artistic trends first hand led him to visit the French capital together with composer Óscar Esplá, for two weeks in 1928, after which the painter seeks a simpler and more poetic form of expression based on gray tones, it is his gray age.

The first half of the 1930s was a period of great activity for Varela. He established a special relationship both with the city of Alicante and with its then beautiful garden where he had made the El Derique house his deposit of painting materials. He painted urban, rural and seascapes but also studio work still lifes, portraits and, in particular, self-portraits.

Starting in 1935, the first depressive symptoms began to appear, which were to be repeated later as his closest relatives disappeared. His own death occurred in the midst of a crisis of self-esteem and self-appreciation of his pictorial work. 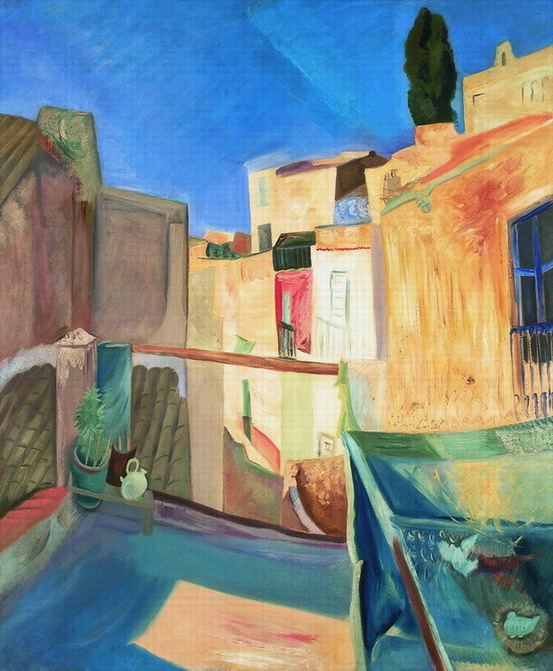 The painting above is called “Calles azoteas del barrio de Santa Cruz”, a neighborhood under the castle of Santa Barbara with colorful houses. 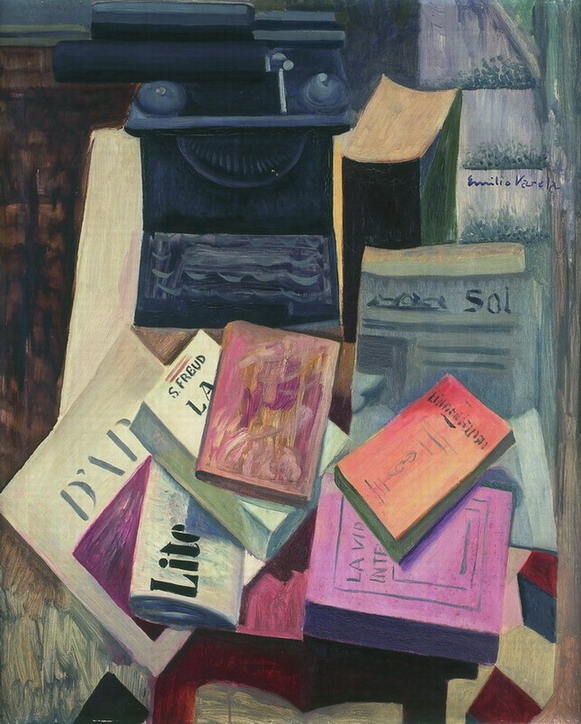 All three paintings can be seen at the MUBAG museum in Alicante, pin location under: